The Night Owl in Oakland

Cross the damn bridge once in awhile.

This city boasts nightlife that embraces the LGBT community

Years ago, I was bemoaning my dearth of a dating life in San Francisco to an Oakland friend. Her advice was swift and unflinching: “Cross the damn bridge once in awhile.”

Cross the damn bridge once in awhile.

Not long after, I met my girlfriend Kelsey, the girl I would cross the damn bridge for, and have been a proud Oaklander ever since. Though Kelsey and I enjoy a good Netflix-and-chill night as much as anyone, that’s hard to do in Oakland because “the Town” is bursting with diverse and engaging nightlife events for queer folks of any activity level and persuasion. If you’re the kind of person who loves to paint the town rainbow, then check out these options.

Women-loving women who want to get moving, should strap on their boots and try tapping their toes at Texas Rose, a queer women and trans-inclusive country two-step and line dancing night that happens on the second Saturday of the month at Lake Merritt Dance Center. You don’t need experience or even a partner for this hoedown—in fact, the instructors encourage (politely force) you to dance with as many different people as possible throughout the night. When Kelsey and two of our friends went, I was expertly spun around the room by many a gallant butch and svelte cowgirl, even though I’d never two-stepped in my life. Be sure to come early to learn the basics and the steps for a line dance, or come later for the dance itself if you’re a seasoned pro. And word to the wise: though you may look strapping in leather boots, a tall hat and full-sleeved shirt, I’d advise you to wear light and loose clothing—it gets hot in there.

If you want to fill up your dance card on other Saturdays, boogie over to one of Oakland’s many thriving queer dance parties, such as Hella Gay, which is on the third Saturday of the month at the Uptown, or Ships in the Night on the first Saturday of the month at The New Parish. At Hella Gay, the onus is on music—organizers and DJs strive to incorporate new tunes into each set. It’s also to, as the website notes, “dance, sweat, make connections, be silly or sexy and have a blast.” Ships strives to make their parties accessible to queers and people of color and to highlight their talent as DJs and performers. Each party is also a community fundraiser, with funds going to a different social justice organization or recipient each month. Since both parties are well-established and are quite popular, showing up early will help ensure you get in at a timely fashion and don’t have to wait in line too long—though spending your time in line cruising for babes is highly recommended as a waiting activity.

Pose with your ladies at The Port Bar

In addition to monthly dance parties, Oakland is also home to established and beloved queer bars and nightclubs, such as Club BNB (formerly Bench and Bar), and Club 21, both in the Uptown neighborhood. Started by a judge and attorney, Club BNB has been around for 35 years and is the largest gay and lesbian nightclub in the Bay Area. It’s especially welcoming to people of color. The club’s main dance floor features hip-hop, old school, R&B and house, plus go-go dancers, drink specials and drag shows for the fabulously inclined.

Those who have long wished Oakland had a dedicated LGBT space open seven days a week need wait no more now that The Port Bar has set down anchor in Downtown. The design in the 2,000-square-foot space is a reflection of the city's industrial history and includes a shipping container modified into unisex bathrooms. Drinks include punny names like “Hung like a Mule” and “Butch Buch,” and the vibe is as inclusive as its mission proclaims.

If you’re looking for something with less thumpa-thumpa, you’d be remiss not to trot on over to the White Horse Inn in North Oakland. Thought to be the oldest gay bar in the country—it ties with New Orleans’ bar Cafe Lafitte, whose earliest records date to 1933, when prohibition ended—the White Horse is a friendly neighborhood bar with a diverse clientele and no-frills atmosphere. Its four-sided fireplace, spacious dance floor, pool table and variety of events will keep you partying till the cows come home (or horses, to keep with the theme). Don’t miss the Rebel Kings on the first and third Wednesday of the month for hot drag king action, and Follies and Dollies, a queer variety show on the second and fourth Wednesdays, for burlesque, drag and dancing.

Speaking of follies, a joke: How many queer feminists does it take to screw in a light bulb? THAT’S NOT FUNNY. But what is funny is “Man Haters,” a fiercely hilarious comedy show, also at the White Horse, hosted by local comics Irene Tu and Ash Fisher. Voted “Best Comedy Show in the East Bay” this year by the East Bay Express, every fourth Thursday of the month, Tu (aka the dirty haiku champion of Tourettes Without Regrets) and Fisher curate the Bay Area’s funniest women and queer comics—plus one guy, a playful nod to the token female performer in many comedy lineups. Dismantling the patriarchy has never been so fun: The tongue-in-cheek show also gives women an “equal pay special” ticket discount—$10 tickets at the door are $7.70 online, highlighting the fact that women make 77 cents for every dollar that men make. 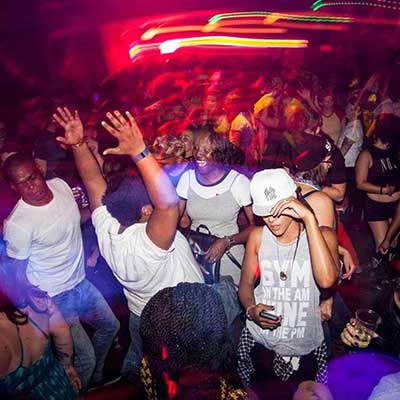 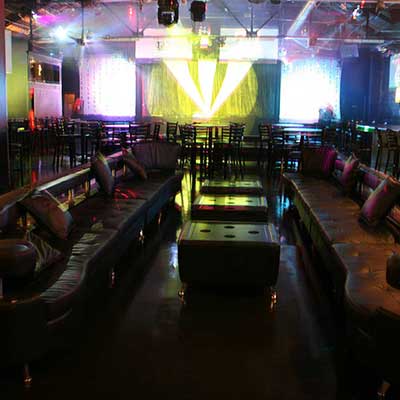 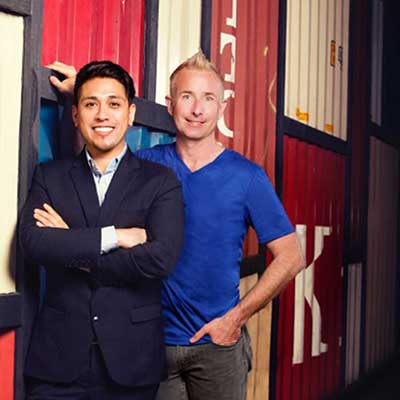 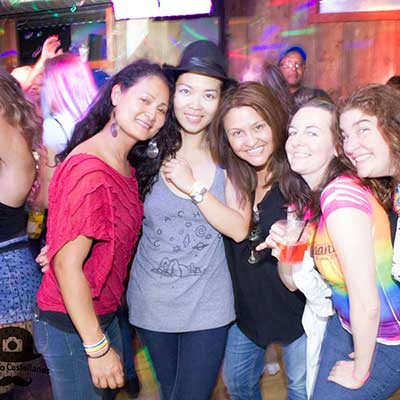 Another performance option that features comedy and then some is Queer Sessions, a relatively new, monthly music, spoken word and performance night brought to you by Two Piece Tuesdays at the Uptown nightclub. In addition to performances (and no cover charge), fellow Oaklander, storyteller and host Ginger Murray also offers tarot card readings between sets to help you solve those pesky life dilemmas. She nicknamed it “taropy” for a reason. The last time I went to Queer Sessions, I was treated to a delightful Americana band, comedy and a dash of swoony spoken-word poetry.

And this is just a small sample of the thriving and open-minded communities fostered in Oakland. Dozens of bars and restaurants have opened in Oakland this year alone, and the Town shows no signs of slowing down. No matter your taste or persuasion, everyone’s welcome to hit the town when the sun goes down.

Get the scoop on more of Oakland’s best nightlife.